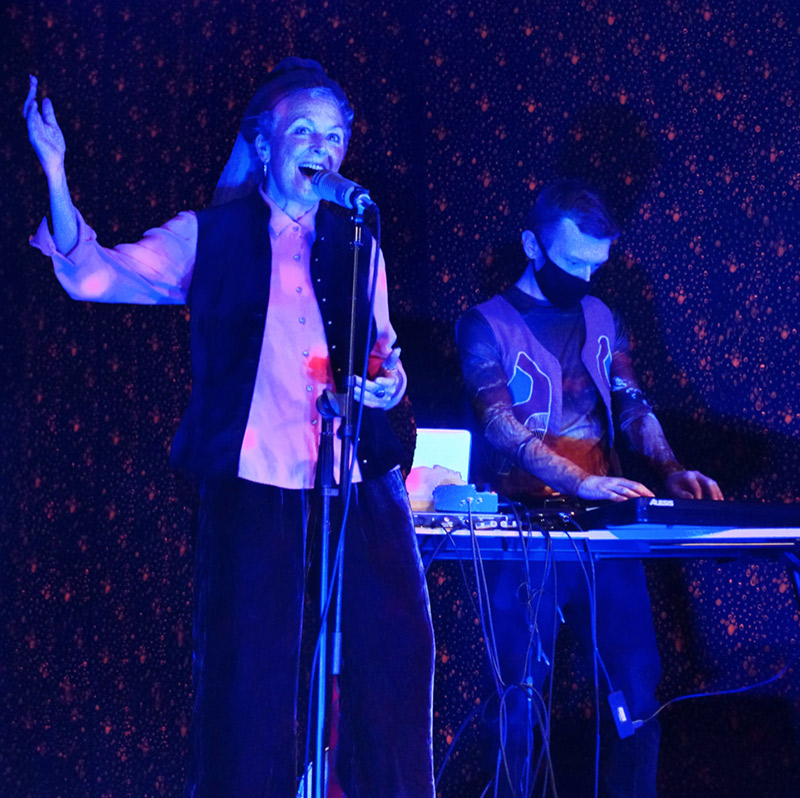 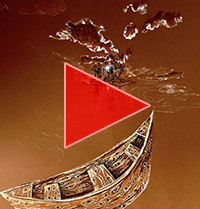 Curving Tooth was recorded in Baltimore, MD as a collaboration between painter, writer, and vocalist Liz Downing and arranger, producer, and instrumentalist Greg Hatem. It threads an odd needle between darkly comedic avant-folk and electro-Appalachian pop music. These dream-inspired odes to Mother Dirt, shapeshifting animals, and the reptilian brain are delivered earnestly from Downing's time bejeweled book of songs, now reimagined by Hatem's sampling and arrangements. The Curving Tooth refers to that rare and singular beauty to ponder.

In The Womb Of The Everywhere Room

Allison Clendaniel and Liz Downing are "In the Womb of the Everywhere Room".  They meet for discussions of life, ideas and experiences, creating improvisations to illuminate the meanings.

Liz Downing is a painter and musician, creating images and stories in the form of songs, scrolling panoramas and plays.

Tears will become the river that will take you somewhere. In this particular place you will see the Dagon Twins dancing to the Dirt song, and the soul boat being tossed on existential waves. This sound piece, I created in May 2020 with collaborator, Allison Clendaniel in duo "In the Womb of the Everywhere Room". The visual, I recorded alone on my iphone using hand held puppets moving to a soundtrack by Lurch and Holler, (Liz Downing, Michael Willis). Allison Clendaniel and I added vocals and Allison created further sound layers with James Young on Oboe . Full credits are at the end of the piece. 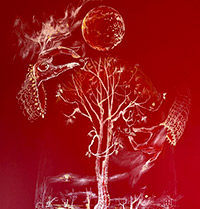 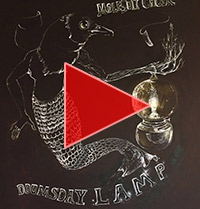 The Mole Suit Choir, comprised of Liz Downing and Rupert Wondolowski, are one banjo, one guitar, a triangle, two maracas and two interweaving voices in harmony singing of glories past and those promised in all new breaths drawn. Burrowing beneath the fecund soil like cagey moles are the dreams of life eternal.

The Choir was first given life beneath a starry sky at a Shakemore Festival in Westminster when Rupert was on parole from the Patsy Cline Institute for the Emotionally Disabled and Liz was forced into community service to pick back up a damaged soul. Long fans of each others' voices they were given extra cause to join forces by the passing of their beloved friend and poet Chris Toll and by Liz finding occult messages in Rupert's book The Origin of Paranoia As a Heated Mole Suit.

...is E. Liz Downing and Michael R. Willis. For 25 years, Liz Downing and Michael Willis have been making sounds together in configurations including "Lambs Eat Ivy", "Radiant Pig" and "Lurch and Holler". In these musical performance art groups they have employed banjo, synthesizer, washboard, field recordings, sets and costumes to create plays and concerts in venues such as The Whitney, The Hirshhorn, The Museum of Art and The Baltimore Museum. They have been awarded grants from the National Endowment for the Arts, Franklin Furnace Interdisciplinary Arts and the Maryland State Arts Council, with residencies from Yellow Springs Institute and the Wooster Group. "Lurch and Holler" creates sound fields in collaboration with experimental film makers such as Catherine Pancake and Julia Oldham.

"Lurch and Holler" have lately been inspired by the works of Homer, Flannery O'Connor, Edith Piaf, and Walt Whitman. As always, they integrate the grunts and cries of our early human ancestors with personal stories and the twang of Tammy Wynette. The resulting experimental sound is Appalachian Psychedelia. Currently "Lurch and Holler" is working with Laure Drogoul on a theatrical endeavor based on the homeward journey of Odysseus. 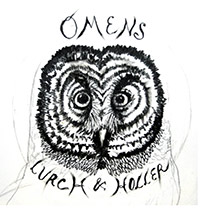 "Omens 2015 is Lurch and Holler's most adventurous recording to date, though it's steadfast to the artistic arc in terms of themes and aesthetics that the duo has followed. The fact that Lurch and Holler has abandoned the compositional confines of the formal "song" in favor of capturing a more open and expansive sense of the music that is around all of us all the time (if we listen) is terrifically exciting and inspiring." David Beadouin. 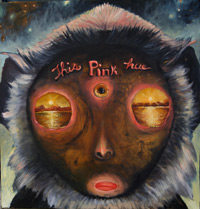 These musical experiments use field recordings gathered from Alabama's Tallapoosa River and are reformed into psychedelic techno rythms and layered with plaintive vocals, harmonies, kazoo, piano and banjo. All used to explore the evolution of human psyche. 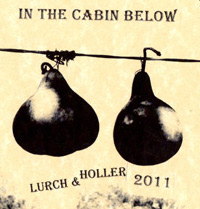 In The Cabin Below CD